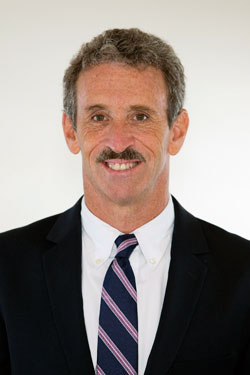 John Forrester, Vice President, joined Boynton & Boynton in December of 2006. John started his 24 year insurance career in large lines commercial underwriting at the Hanover Insurance Company from 1984 to 1988. From 1988 to 2006, John worked with Meeker Sharkey, the state’s largest insurance brokerage, specializing in developing, implementing, and servicing insurance programs for a vast array of businesses. In 2006, after a number of mergers, John decided to return to the larger independent agency area where personal service and individual client attention is still paramount. John’s expertise is in transportation, construction, manufacturing, non profits, technology, and healthcare. He is well versed in all aspects of coverage, and the development of plans ranging from first dollar programs to sophisticated self insurance and captive plans.

He is a graduate of St. Peter’s College, and a member of its athletic hall of fame. Since 1994, John has also served on the board of the YMCA of Eastern Union County, and is its past board president. He is a member of the United States Lifesaving Association, enjoys open water competitions and surfing. He resides in Little Silver New Jersey with his wife Jennifer and three sons.